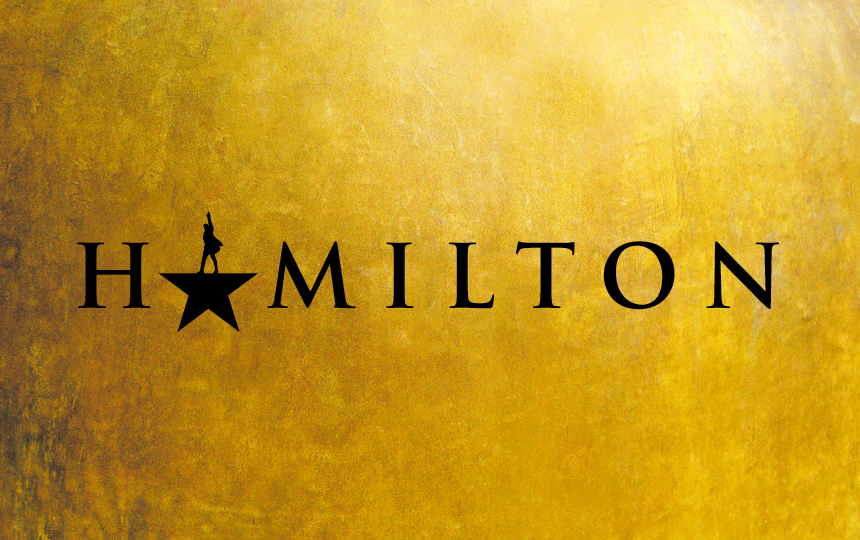 HAMILTON is the story of America then, told by America now. Featuring a score that blends hip-hop, jazz, R&B, and Broadway, HAMILTON has taken the story of American founding father Alexander HAMILTON and created a revolutionary moment in theatre—a musical that has had a profound impact on culture, politics, and education.

With book, music, and lyrics by Lin-Manuel Miranda, direction by Thomas Kail, choreography by Andy Blankenbuehler, and musical supervision and orchestrations by Alex Lacamoire, HAMILTON is based on Ron Chernow’s acclaimed biography. It has won Tony®, Grammy®, and Olivier Awards, the Pulitzer Prize for Drama, and an unprecedented special citation from the Kennedy Center Honors.

Recommended for ages 10 and up. Children under the age of 4 are not permitted.

Masks are required to be worn by all patrons while in the venue.  Other COVID-19 related health protocols may be in effect at the time of performance, including, without limitation, required: temperature checks, testing, confirmation of prior travel to restricted areas and/or confirmation of no known symptoms of and exposure to COVID-19. We reserve the right to unilaterally make changes to health protocols according to updated public health guidance and applicable law. Future updates will be provided to ticket holders prior to the performance. Any ticket holder who does not comply with any COVID-19 related health protocol may be required to leave the theater, and his/her ticket will not be refunded.  Guests with accessibility questions, or who require additional assistance related to the venue’s COVID-19 policies may email unmtix@unm.edu or call (505) 277-9771.  Please note: This event is being planned at full capacity, subject to applicable law and governmental approval.

An inherent risk of exposure to COVID-19 exists in any place where people gather. COVID-19 is an extremely contagious disease that can lead to severe illness and death. You assume all risks, hazards, and dangers arising from or relating in any way to the risk of contracting COVID-19 or any other communicable disease or illness, or a bacteria, virus or other pathogen capable of causing a communicable disease or illness, whether occurring before, during, or after the event, however caused or contracted, and voluntarily waive all claims and potential claims against Event Organizers, The John Gore Organization, Inc., John Gore Theatrical Group, Inc. d/b/a Broadway Across America, the Venue, the Presenter, the Event, the Event Producers, and their respective affiliates, subsidiaries, sponsors, successors and assigns and their respective officers, employees, contractors and agents.